All was not lost though, for we were to be granted a fine vessel worthy of our newly elevated position: a light womens shell.

Then the Ch Ch 2nd men crashed the fine vessel while bumping, in the race before ours and we raced in the 1st mens bow-rigged IV. This was also a fine vessel. Fine, that is, for 85k men with thinner hips than us.

Thus round one was a bit of a struggle, but we bumped nonetheless. Ra. (jo)

This was a very fun and very entertaining day. Getting up at 5.30am wasn't particularly entertaining but by the time I'd arrived at Great Gate and seen that Lilie's car had apparently been used as a toilet by an entire flock of birds my sense of humour had returned. We tried various things to get the crap off the windscreen including water (didn't touch it) and Lilie's buttery card (slightly effective). In the end, Coke, the substance that can dissolve the hardest component of the human body (tooth enamel) came through for us and we set off Oxfordwards.

After driving around Oxford for quite a while with a slightly bemused ChCh men's captain on the phone we made it to City of Oxford boathouse more or less in one piece to discover that we were starting 7th in division 1. Hmmm, I personally wasn't convinced that one outing plus cripple on crutches (me) plus a high starting position would necessarily = a storming success. At least we had been promised a decent women's racing shell - upon inspection it was very similar to our own beloved Sirens and was in fact stroke rigged - result! Unfortunately around an hour later after ChCh men's second four had raced, the inspection results weren't quite so glowing - yes it was still a nice stroke-rigged women's racing shell but it now had three functional riggers and one crippled one at 2. I suggested that this fitted in quite nicely with our three functional rowers and one crippled one at 2, but was shouted down, so off we tootled to find another boat (there apparently not being a single spare Janousek strokeside rigger in the whole of Oxford).

After all the drama, finding ourselves another boat, the quick re-jig of crew order, boating and racing all passed quite quickly. Probably my favourite bit was hobbling past the St Hugh's girls just after our race and them realising that indeed they had been bumped by someone on crutches. Mwahhhhahaha. (Amelia)
Add another report
Saturday
Rowed over
We decided that we had now rowed together as a crew for almost long enough for it to count as cheating, so we spent the time between rounds searching out a complete change of equipment. CORC very kindly lent us 'Well Oiled'. This was splendid, as it was stroke rigged and thus prevented any consistency at all. We also used the other set of Ch Ch mens blades, in the vain hope that they might be geared a little less drastically.

We rowed _really badly_ and let St. Hughes get far closer than they should have done, until we decided to try the revolutionary tactic of putting our blades in the water from time to time. Sometimes, we even pushed a bit. (jo)
The boat we obtained was named 'Well Oiled'. Well oiled it certainly was not. The underside of the shell had evidently suffered much damage and had been repaired with a substance that looked suspiciously like chewing gum. It looked a lot like a school playground/the underside of the desks/tables at school with gooey blobs everywhere. Plus it weighed about a ton. And we had very girthful and very heavy blades with clams that didn't fit and approx size 12 shoes.

We rowed, we didn't bump and so we hauled our bulky craft to the end of the course, turned round and came back again. It was anything but spectacular. (Amelia)
Add another report
Saturday
Bumped City of Oxford III
This was a little more like it. Lunch took up most of the time until this round, so we didnt have time to aquire any more innapropriate equipment and we had to settle for double clamming the blades.

We did a start, and rowed together, and for some reason this meant we bumped quite quickly. Goodness. (jo)
The duration of this race felt a lot like doing max weights on the leg press. Very heavy. However the momentum we got on such a heavy boat enabled us to plough pretty convincingly into City of Oxford III so we were allowed to stop, hurray! Unfortunately you're not allowed to actually bump anyone in Oxford and there's no greenery but nevertheless it felt good. (Amelia)
Add another report
Saturday
Bumped by City of Oxford III
Hummm. A bit shameful this. We were a bit sluggish, and didn't really start rowing well until after they'd bumped us (wierd torpids rules). I don't think we could have got the boat up to speed much quicker than we did (a bad workman... ahem) but we should have been able to hold them off. On the other hand, they must have been rowing a damn sight better than in previous rounds. We thought they were a different crew to the one we'd bumped (an illusion aided by the fact that they had a new cox for this round).

It was still a brilliant day. More FaT crews should enter this. Its fun. Clearly this one needs to be added to the headship haul next year. (jo)
Hmmm not sure what happened here. They were fast off the start. We weren't. We got bumped and then remembered that it was quite useful and a bit quicker if we actually put our blades in and rowed together which made quite a difference. This was enough to avoid being bumped again. I was quite glad when we were allowed to get out, go to the pub and get some food. We'll be back next year! (Amelia)
Add another report
^ top 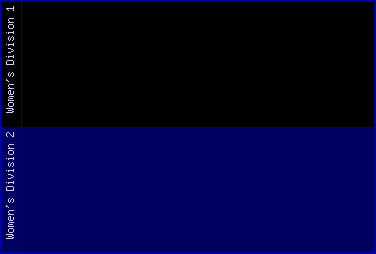